Museum of the Royal Tombs of Aiges 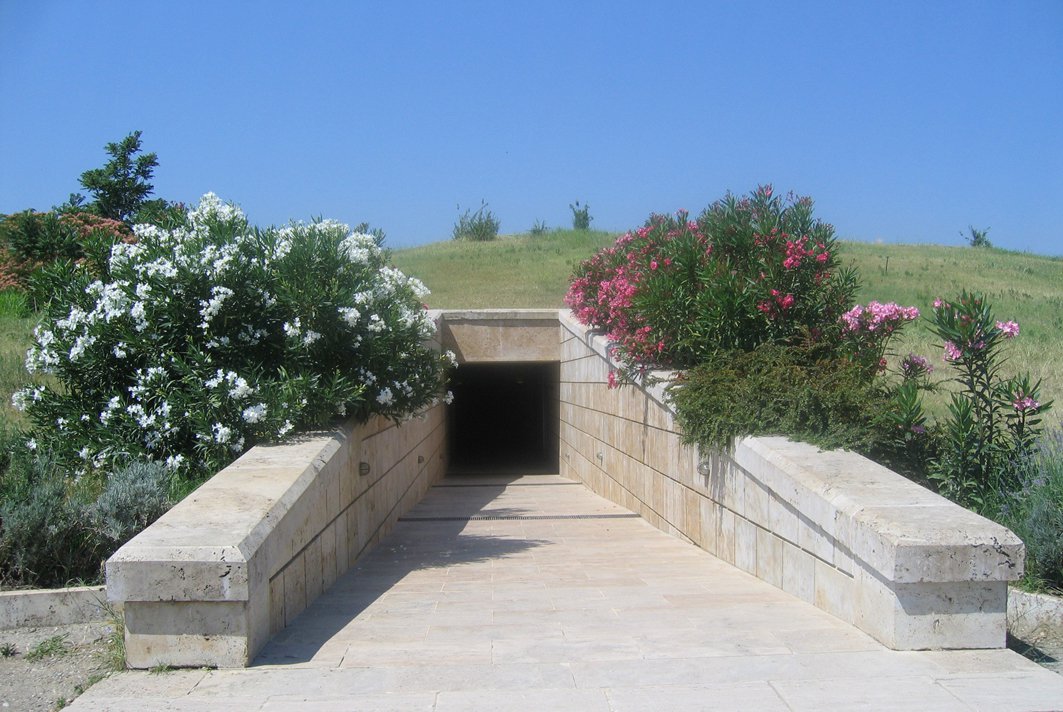 Palace
Built on the times of Phillip || (359-336BC) the palace of Aiges is not only the biggest but the most significant building of classic Greece with the Parthenon.

Built in the city of Aiges on a high position of the slope, this huge building- the biggest of classic Greece, three times of Parthenon, was visible from the whole basin of Macedonia, symbol of strength and beauty. A never- seen- before building, totally revolutionary and innovative for its times, the palace that a great architect- maybe Pitheos, known for his contribution in the construction of Mausoleum, as well as for his contribution in the evolution of urban planning and the theory of analogies- created for Phillip in Aiges in order to become the archetype all kingdoms, meaning the palaces of the Hellenistic all over the world an beyond.

"Vergina… the city of Aiges"

The discovery of Manolis Andronikos of the unplundered tombs of king Phillip || and of Great Alexander IV, son of Great Alexander and Roxanne, overwhelmed the archeological community. The tomb of a Macedonian king is big, bicameral and its façade reminds of a temple.
Semicolumns and pilasters bear the doric architrave and the frieze with the triglyphs and metopes. In the case of the chamber where the golden shrine was with the bones of the dead king. 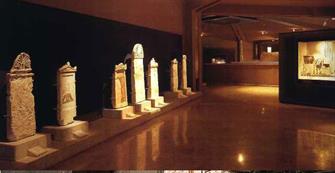 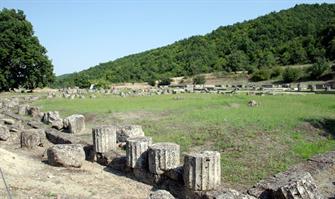 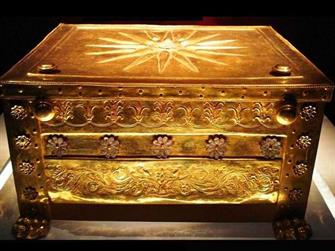